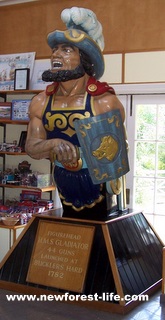 New Forest Nelson & Bucklers Hard are linked in history. How and why?

A combination of plentiful supplies of local oak and the shipbuilding skills Buckler's Hard was able to offer, meant Nelson was equipped with 3 of his naval warships for the Battle of Trafalgar from this small village on the Beaulieu river.

HMS Euryalus, HMS Agamemnon and HMS Swiftsure were all built at Bucklers Hard village.
It had developed into a thriving shipbuilding village, and was able to supply the finest English oak for Nelson's Navy.

I've recently made a visit to the Maritime Museum at Bucklers Hard and had a really great day out. This magnificent figure is in The New Forest Maritime Museum Shop, and lots more too.

I discovered lots of information I had no idea about concerning the New Forest Nelson the shipbuilding skills and success derived from our oak trees in the Battle of Trafalgar. I was also amazed that so much woodland survives when you see the extent of the ship building industry in Buckler's Hard during the time of Nelson. 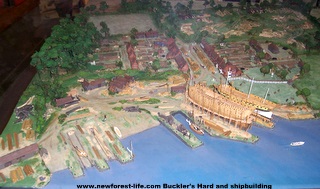 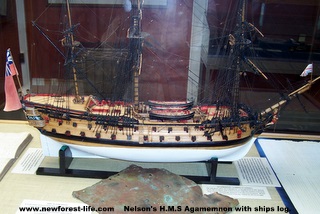 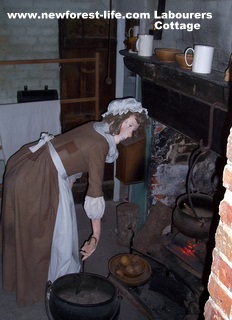 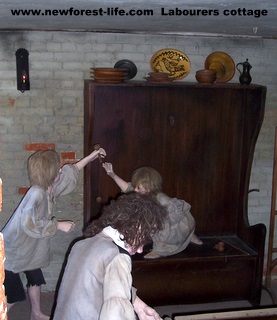 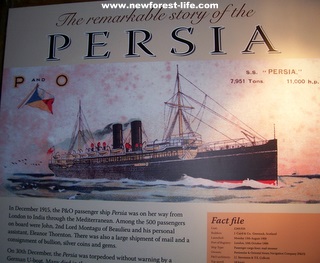 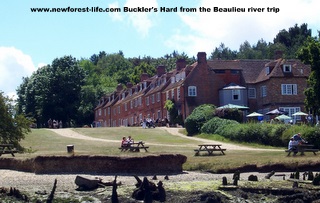 The New Forest Nelson and Buckler's Hard village - what a fascinating connection they all have. 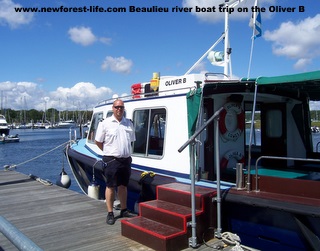 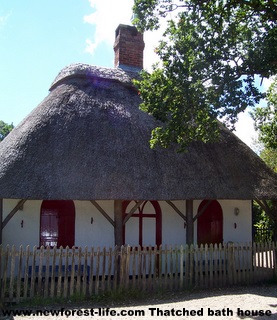 Or just sit and take in the lovely view of the river and think of those magnificent oaks being brought in to build Nelson's magnificent naval ships.

When I visited I found the history of the New Forest, Nelson, the Battle of Trafalgar and Buckler's Hard fascinating. I hope you have learned a little more about Nelson and his famous Trafalgar ships and also the important part the New Forest played during these times. If you visit the Maritime Museum at Buckler's Hard you should have a great day exploring, discovering and eating on your day out.

Back from New Forest Nelson Review to Buckler's Hard