New Forest Commoners and Foresters - who are they?

New Forest Commoners and Foresters date back to the creation of the New Forest and their way of life continues now within the New Forest National Park. I'm a Commoner as I have Commoners Rights with my old cottage and that is why I was able to buy my New Forest foal and write his Blog. 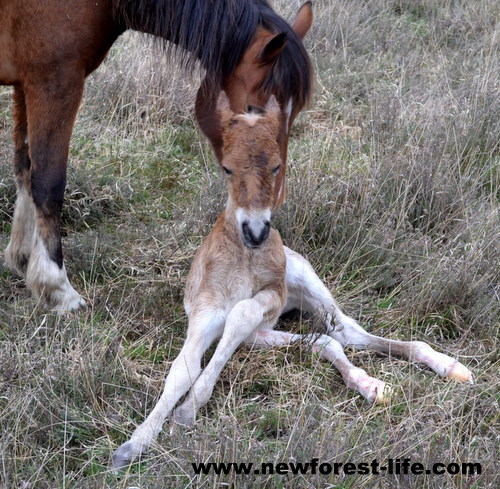 The restrictive Forest laws set out by William the Conqueror and his son, Rufus, were too harsh - the New Forest Commoners and Foresters were struggling to make a living from the New Forest. (Perhaps that is why Rufus ended up slain by an arrow)?

A system of rights was established to enable Forest people to survive and these rights remain today.

A Commoner is a person occupying land to which common rights are attached. A Forester is a New Forest pony born on the forest from forest stock.

A Forester can also be someone who earns his/her living from the forest, but not necessarily has Commoners rights.

Around 800 houses and smallholdings in the forest have such rights, but not everyone exercises their rights.

Find out my Commoners Rights 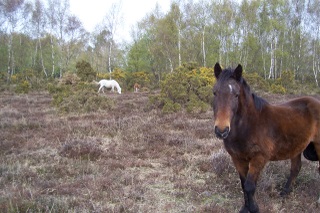 This old boy spends an idyllic life grazing all day on the New Forest except when he comes to my gate to beg a carrot (or two)!

As you should never feed or touch the New Forest ponies I have to admire him and then watch him go off and graze.

He loves to get his thick winter coat off by scratching himself on my fence and by the time he is looking sleek and handsome in his summer coat my fence panels need some attention!

Who could complain at that? 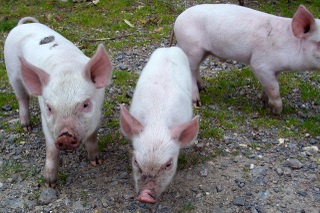 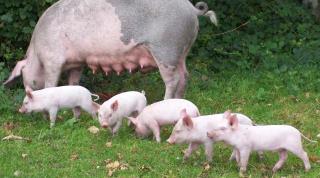 New Forest pigs and piglets put out for Pannage 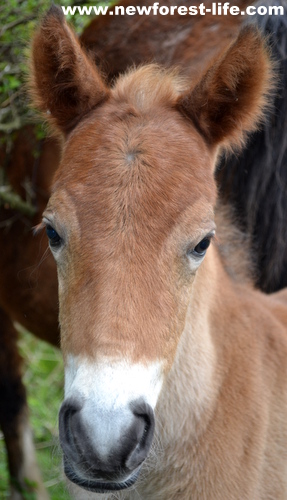 The Verderers announce the start of pannage when the acorns begin to fall in autumn.

Pigs eat green acorns and beech nuts, which would otherwise be poisonous to ponies. 2013 was a terrible year for New Forest pony deaths from eating green acorns. Many Commoners took their ponies off the forest for a time.

There are very few areas where this is allowed and it is unusual to see sheep on the open forest.

Hopefully you know a little bit more about the New Forest Commoners and Foresters (both human and ponies) now.

Look out for pigs and Pannage usually around October, but it does depend on whether it is very windy and how the acorns are developing.

Do you have a great story about the New Forest you can share with us?

Here are some helpful links you might find interesting.

The Verderers of the New Forest 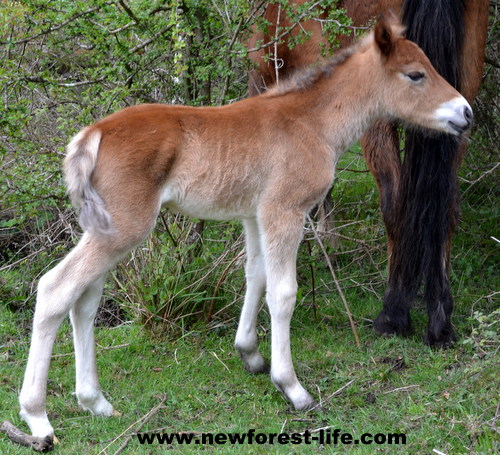