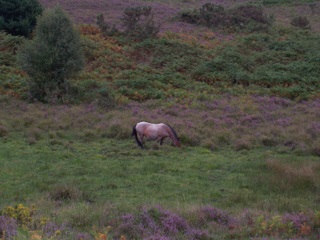 80% of the UK's lowland bogs and mires are contained within this UK National Park. When you go out for a walk on a wet, wintery day this is definitely confirmed. My son even managed to fall in a New Forest mire! Please take care they are extremely deep sometimes and always very, very smelly.

Another fascinating plant is both the sundews and bladderworts. These are carnivorous and eat small insects.

I often see them near a stream edge waiting to pounce on an unsuspecting buzzing insect - truly a wonderful walk - although not for the insect!

The New Forest and The National Trust

The National Trust is the second largest landowner in the New Forest, with 2400 hectares on five different sites on the western and eastern edges. All are open spaces that are open to the public for free and offer a wide choice of flora and fauna.
The properties within the established New Forest boundary are:
• Hale Purlieu
• Bramshaw Commons
• Rockford, Ibsley
• Hightown Commons
• Foxbury Plantation (recently acquired, is just outside this boundary, but within the National Park). 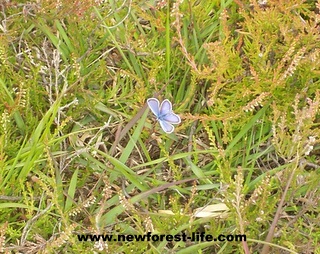 New Forest Heathland, Bogs and Mires Back to Home Page