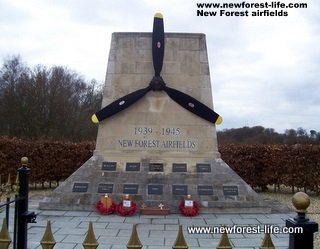 World War Two New Forest had a huge impact on both the landscape and also on its people. Geographically, like London and the south, the Forest was a very special place in wartime Britain. It played a vital defence role in protecting the south coast and therefore inevitably London, from an anticipated invasion by the Nazis from the Channel.

Now you can add your own personal WW2 stories and memories to share with others here. When you have finished reading all you have to do is fill in the form at the bottom of the page.

The New Forest National Park Authority have received funding for a very exciting project called New Forest Remembers - Untold Stories of World War ll Do you have any relatives or friends who lived, were stationed, or were evacuated to the New Forest during WW2? They would love to hear from you. This is a great chance to share your memories. Contact me for the email address if you want.

Find out more about a memorial to a Medal of Honor awarded to a U.S.A.A.F. officer (this is the United States equivalent to the British Victoria Cross) which you can visit this summer or just visit throughout the year here. Here are a few World War Two New Forest Life facts I thought you may find interesting,

D Day strategies were planned, in particular Operation Overlord, and the Forest changed, as roads were widened for tanks, anti submarine barriers were built into the Solent with the Beaulieu River filled with landing craft and torpedo boats.

Ships were assembled off the coastline and twelve airfields were built from which RAF and American fighter bombers flew sorties both before and during the D-Day campaign.

Today, as you travel around the New Forest, perhaps by bike or walking you will still see remnants of the World War Two New Forest occupation. Thank heavens it was only ever our troops and not Hitler who took over this beautiful area.

So, today you may see lumps of concrete in strange places, pillboxes, derelict buildings, old runways and airfield tracking. On the Beaulieu river, the jetties and the dock were where the Mulberry Harbour was built.

You may want to read the recently updated version of The New Forest at War
"This is an established reference source for everyone with an interest, not only in the history of the Forest, but also in the history of Britains Home Front during WW2". 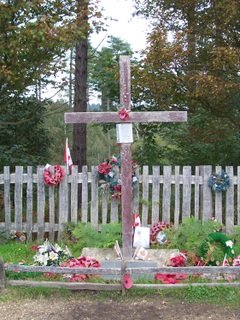 Canadian servicemen were just one nation who ocupied our World War Two New Forest. They left the Canada Cross War Memorial site in the forest which gets lots of visitors every year and is well worth a visit. The photos and memorial messages bring World War Two New Forest from a Canadian perspective and the bravery of the personnel service into the forefront of our minds.

It is close to the Bolderwood Deer Sanctuary and viewing area.
This lovely memorial is often updated with personal photos, wreaths and keepsakes. Each time I have visited it there is something different to see, as visitors or family members pay their respect to their fallen Canadian relatives and friends.

Before you add your personal story on my "Best WW2 Memories" form further down the page, perhaps you'd like to read some recollections from the Winkton Friends - I'm sure you'll find Tales from New Forest Airfields absolutely fascinating.

This is a lovely WW2 site.

You can also visit the New Forest Winkton and R.A.F. Sopley site. Read their latest Newsletter 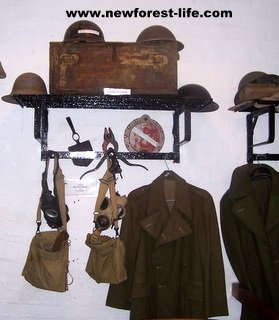 These lovely sources of World War Two New Forest facts and information are run by John Levesley - it is well worth finding out more. There is a beautiful gallery to view and also tales of wartime adventures - all from the New Forest.

By just reading the information on the 12 airfields you can see just how much logistical planning needed to go into the D-Day operations and how the geography, location and suitability of the New Forest played such a vital role in the success of the war defence.

I looked up Ibsley and found a lovely picture of the filming which took place there, which I've told you about above.

I've found World War Two Airfields fascinating and it actually covers every control tower throughout England which if you're a control tower enthusiast I'm sure you'll enjoy.

Do you have a treasured military button?

Did you know you could have it set into your walking stick?

Give Gill at Wood Workouts a ring and see what she can make for you.

REF: WW2 SOE use of the Beaulieu estate.

REF: WW2 SOE use of the Beaulieu estate. My mother was in the First Aid Nursing Yeomanry (FANY) during WW2, and I am researching her career. Our family …

Memory from my late father Not rated yet
My father was a morse operator in the Royal Corps of Signals and was camped in the New Forest prior to the D-Day landings. He told us that they camped … 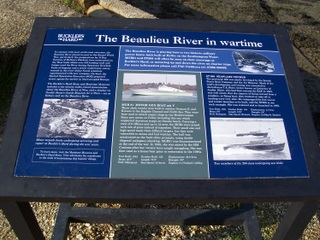