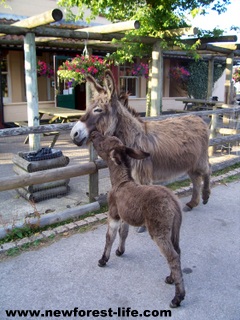 New Forest donkey and foal outside The Forresters pub

New Forest animal cruelty does happen within the National Park. Two recent incidents were totally different but still involved needless cruelty and distress to an animal.

World Horse Welfare in conjunction with BBC Inside Out programme have discovered that large numbers of horses and ponies are leaving the UK without their paperwork checks being made. The likelihood is that these animals are going for slaughter.

Apart from the obvious concerns regarding animal cruelty, i.e. no stop and water checks or overcrowding monitoring needs to be made as these animals don't really exist. We're going backwards in our fight to try to limit animal transportation cruelty issues.

My New Forest foal needs a micro chip and passport to even see the vet although I don't ever intend him to come off the New Forest. I agree with this paperwork for the overall improvement in tracing and enforcing horse and pony cruelty. But if the enforcement is flouted (by greedy, cruel, money making opportunists) why am I abiding by weak rules that aren't enforced?

Please object by emailing your MP so that correct enforcement is adhered to and hopefully better checks made on where, why and by whom these animals are able to leave the UK unchecked.

The latest act of pony cruelty was to a poor pony which was actually dumped on the forest because it was in such a disgusting state of health presumably.

I will not be putting photos of New Forest animal cruelty on my site but I will provide you with links to situations of cruelty as they arise. 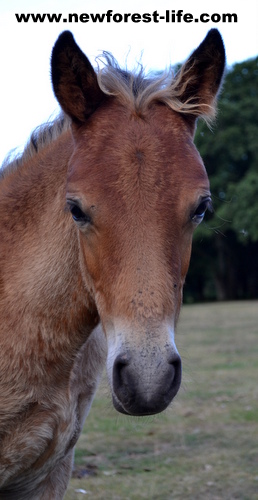 My New Forest foal a bit fly blown but lovely too!

Part of the role of The Verderers of the New Forest is to protect the Commoners animals. This includes cases like this latest one, where a poor, suffering animal is dumped on the forest and either killed or left to die.

You can find out more from this animal cruelty story. There is a £1000 reward offered for information which I sincerely hope is enough to make anyone who knows anything about this awful event come forward so that they can be prosecuted.

The New Forest pony and other Commoners animals are also at risk from the dumping of live animals onto the New Forest too.

As I've explained throughout New Forest Life each animal you see is owned by a Commoner. They are required to keep that animal healthy and in good condition.

Here is what will happen if an animal is just dumped on the forest.

Horse and Pony charities I use

The Brooke - we have seen this horse charity in operation in Petra, Jordan. It provided excellent care and education at this tourist site.

The Donkey Sanctuary- we visit the Sidmouth centre which is set in beautiful Devon countryside close to sea views but they are all over the UK.

I hope my New Forest animal cruelty info has helped you understand both what goes on in this National Park but also further afield. If you have questions please Contact me and I'll try to help. 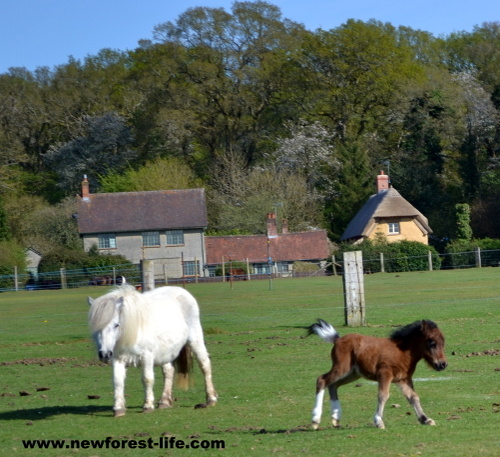