New Forest snow December 2010 will show you just how extreme the weather has been in the New Forest in this particular winter. I want to share my "At a glance weather pictures" with you. 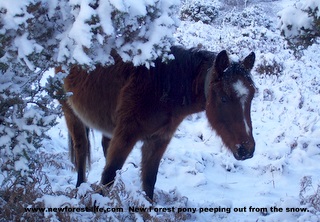 Pony eating and sheltering in gorse 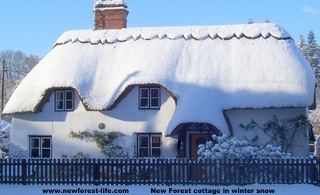 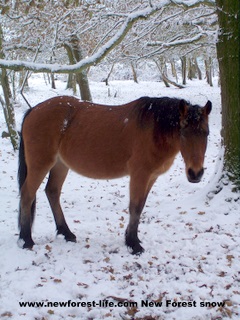 A pony looks for food 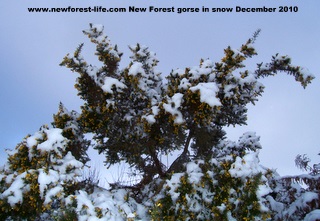 Snow covered gorse
This is what the ponies and other animals have to eat! 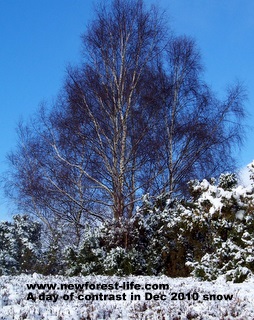 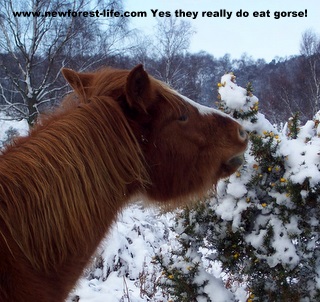 A pony eats the gorse! 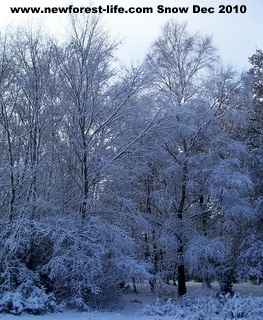 The snow shows the trees up beautifully 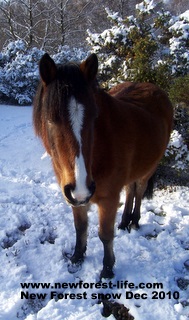 New Forest pony - one of my favourites! 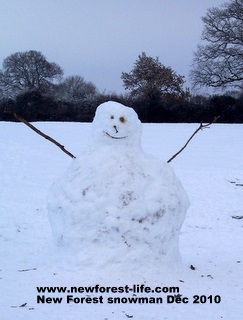 A Snowman December 2010 - the carrot nose was eaten!

Amazingly enough, all these photos were taken within 1-2 hours and yet while I was out the sky was grey, then brilliant blue. The landscape was often totally snow laden then trees looked quite free of snow on many branches - such contrasts within this New Forest UK National Park!

Back from New Forest snow 2010 to Home page