WW2 New Forest woodland
how did it play such a vital role? 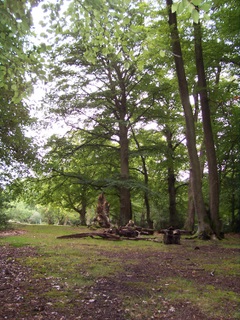 WW2 New Forest Woodland - why was it needed?

WW2 New Forest woodland played a vital role in the success of the D Day Landings, as both strategically and geographically the New Forest was vital to a successful conclusion to World War Two for Britain.

A vast army lived, planned, trained and assembled for the D day Landings and the impact on the people of the New Forest was tremendous. 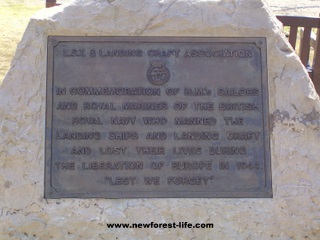 The British Government realised that due to its location, it would be possible to not only hide armies within the forest but to also have fighter and bomber bases as close to the front line as possible.

So, the New Forest became a prime preparation area for D Day.

What sort of an impact and upheaval did the onset of the Second World War have on the people of the New Forest and the surrounding areas?

And what affect did all this have on the local inhabitants?

WW2 New Forest Woodland - what was it worth?

The New Forest in the 1930s was not a rich area. It was a struggle to survive for the Commoners who did not have access to vast acres of rich farmland to grow crops or raise their animals.

As the armies moved in and wanted land, so the Commoners were offered money for their land. Initially 2 shillings an acre! this is the equivalent today of 10pence - probably one slice of bread from a decent loaf! This paltry amount was offered to Commoners around Beaulieu and Holmsley South.

Negotiations resulted in 4 shillings per acre being offered around the Stoney Cross area but this was reduced to 2shillings and 6pence as the Air Ministry decided Commoners were not entitled to compensation under the Defence Act of 1939.

As roads were widened and slabs of concrete appeared some people even awoke to find a large swathe of their front garden had disappeared, virtually overnight. This information was taken from The New Forest at War book by John Leete.

It is available through your local bookshop or online via Amazon. It is a lovely book to read as it is full of local anecdotes from the people of the New Forest during WW2 and how it had such an effect on their lives and surroundings. 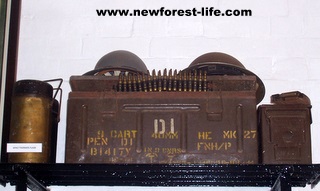 I hope you have found some of this information interesting. WW2 had a huge impact on the New Forest, not only on the woodland but also the open heathland where airfields were erected.

The New Forest Commoners, during WW2 saw some of their woodland destroyed and their landscape drastically changed in places.

Perhaps you would like to use WikiMapia to look at more detail of the New Forest? If you use this map you can find exactly the area of the New Forest you are looking for and what the nearby villages look like ...before you go! Give it a try.....
WikiMapia

You never know who you may discover, good luck!